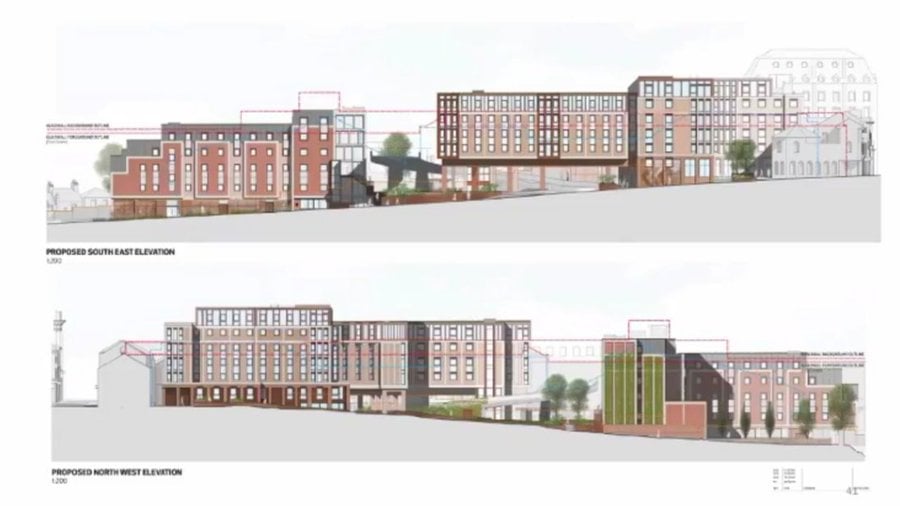 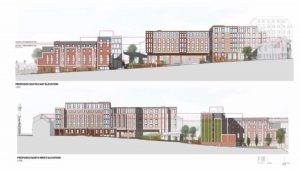 Diana Moore, Green councillor for St David's, has been left in a ‘state of disbelief’ over the unconditional backing given by a majority of Labour councillors to proposals to build a giant ‘Co-Living’ tower block and hotel on the Harlequins Centre site in central Exeter. She describes the decision by the Planning Committee to grant permission for the 251 bedspace development as a ‘white flag to developers’ that sets a worrying precedent, and reveals weaknesses in planning and governance in the city.

Diana Moore spoke up for local residents against the application at the Council's Planning meeting. Responding to the decision by a majority of Labour councillors to back the application, she said:

“I am left in a state of disbelief. This proposal rides roughshod over the council’s own policies on conserving historic Exeter and ensuring new developments harmonise with buildings within conservation areas. A seven-storey tower block and hotel do not relate well to adjoining listed buildings, especially those on Northernhay Street.

“This scheme also disregards the council's own minimum living space standards which were established to ensure decent housing conditions. The Council is saying it's ok for people to rent long term in hotel sized rooms at great expense.

“Only a token number of affordable rooms will be provided for essential workers and the development fails to meet the Council’s affordable housing requirements. Indeed, the green light for this development raises a white flag to developers and sets a precedent for others to avoid their responsibilities.

“Other local planning authorities have adopted specific policies setting out basic standards for co-living, but Exeter City Council has none. The Progressive Group have pushed for months for the council to agree a policy position regarding co-living so that one off decisions do not lead to poor precedents for the future as happened last night. It even waved the requirement to pay a financial contribution towards the 35% affordable housing element – which is an established Council policy.

Michael Mitchell, a Liberal Democrat councillor who is a member of the Planning Committee and part of the Progressive group on the Council, added:

“In my view this doesn’t constitute housing or providing a home; it is about shared accommodation. If this model is not successful will the empty rooms be let to students on the proposed 12-week leases that mirror university terms?

“If this development had been about providing 20-30-year olds with affordable rented housing in the city centre I would have both hands in the air. Is it not. It appears to be, all but in name, more student accommodation.”

“After carefully considering the proposal, and listening to the presentations and debate, I could not support this poorly thought through scheme.”

The planning application for the Co-Living development was passed with nine councillors in favour and four against [1].

[1] The Exeter City Council Planning Committee, and how councillors voted: