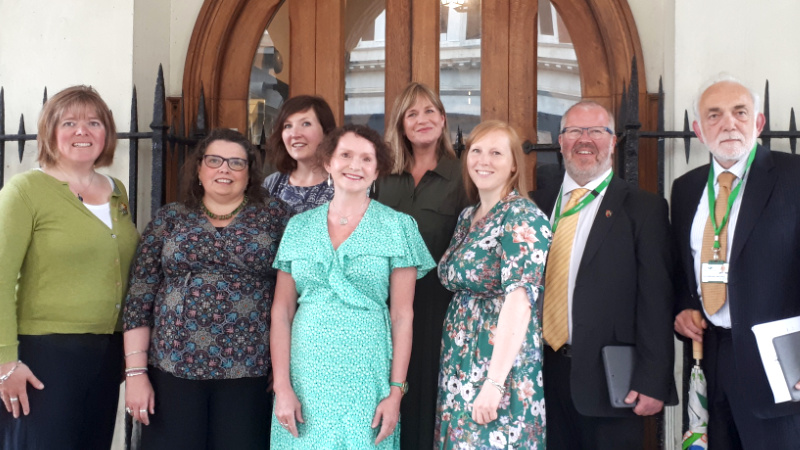 The Progressive Group in Exeter have pledged to provide strong opposition to the ruling Labour group, as the Council met for the first time since the local elections. The group is now made up of five Green Party councillors, two Liberal Democrats and one Independent, making them the second largest group on Exeter City Council, and the Official Opposition.

“It is exciting that residents back our cooperative approach through the Progressive Group and it’s clear Exeter wants to see politics done differently. We have swept away an ineffective Conservative opposition and we pledge to be a force for good on Exeter City Council.”

“We have worked hard at holding the ruling Labour group to account and will continue to offer thorough scrutiny of Labour’s plans for the city and be a voice for residents.”

“The fact that Greens took three seats from Labour - two in Heavitree and one in St David’s; that the Liberal Democrats increased their majority in Duryard and St James and narrowly missed out on taking a seat off Labour in St Thomas, demonstrates that residents value a strong alternative to the one party Labour state in Exeter.”

“Progressive Group councillors work hard for residents. We listen carefully to local needs and concerns and act where we can. At a time when so many face a cost-of-living crisis and continued cuts to public services we will be focusing on the positive and practical solutions to make our wards fairer and greener.”

“The Progressive Group wants real action on climate change. We know that solutions to cutting carbon emissions and helping people cope with the cost-of-living crisis are often the same. A mass insulation programme, for example, would cut energy bills and emissions.”