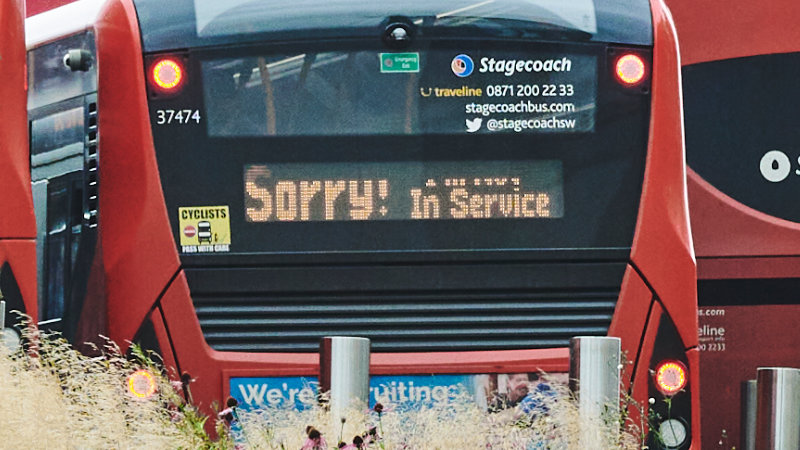 Green councillors are warning that despite the Government’s announcement last week that the Bus Recovery Grant (BRG) will continue until October, bus services in the city remain in crisis due to ongoing local driver shortages and funding uncertainty.

Exeter has experienced drastic cuts to services in the last few months, with routes that ran every 10-12 minutes pre-pandemic reduced to a half hourly schedule. As experienced elsewhere, passenger numbers are still on average 30% lower than pre-Covid levels.

Green councillors from Exeter and East Devon are due to meet the Stagecoach Southwest boss later this week to discuss the crisis facing bus services.

“People in Exeter are being left out in the cold. Buses are now scheduled to run every half hour but even at this massively reduced frequency often don’t turn up and the app isn’t reliable. We are pleased that the Stagecoach boss has agreed to meet us this week to discuss the problems facing bus services in the city and to learn about what improvements they intend to make before the end of the Bus Recovery Grant in October.

“So many people rely on bus services to get to work, shops, hospitals, business parks, schools and colleges. Severe service cuts impact particularly on the old and the young and those who cannot or choose not to own cars.”

Looking forward, Greens are calling for a London-style system where fares, ticketing, routes and timetables are managed by local authorities instead of private operators.

“Private bus operators are driven by profit. This has put the interests of shareholders above passengers and resulted in poor pay and working conditions for drivers and an emphasis on the most profitable routes.”

“As Greens we want to see local authorities have the power to ensure bus services reflect all the principles of a public service, including setting routes, frequencies and fares and tickets that work across all buses and trains.

“If buses are to be part of the solution to the climate crisis, and help address air pollution and congestion, we also need local authorities to drive a shift away from private cars towards public transport and active travel. Measures such as a Workplace Parking Levy - successfully used in Nottingham to generate funds for public transport - can help encourage this shift.”

“Boris Johnson promised £3 billion of investment in bus services. The government must honour that pledge and go further, starting by retaining short term grants and then enabling local authorities to truly take back control of services.

“In East Devon many have been left stranded. We must see sufficient levels of investment to end transport poverty and ensure estates and villages have at least an hourly bus service that will increase social mobility and equality.”