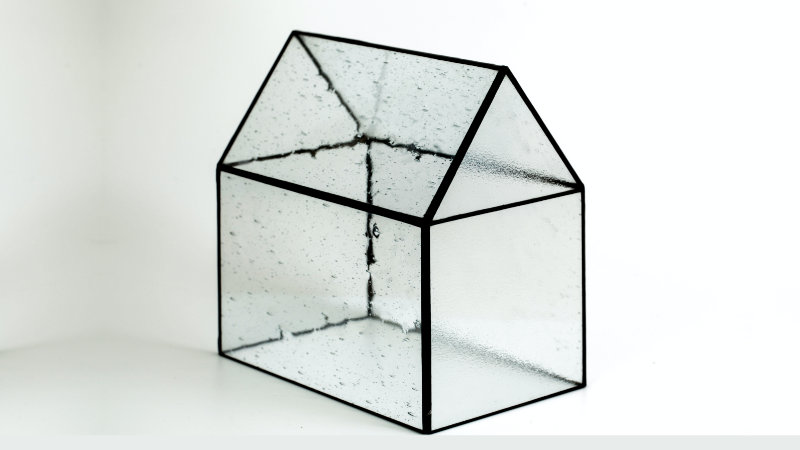 The Progressive Group are proposing amendments to the Exeter City Council budget to improve the Council’s governance, ensure better value for money and keep developers in check [1]. The five councillors who make up the group will call for two new full-time officers – a Planning Enforcement Officer and Scrutiny Officer – to better enforce planning regulations and hold the Labour-led Council to account over its plans for the future of the city. 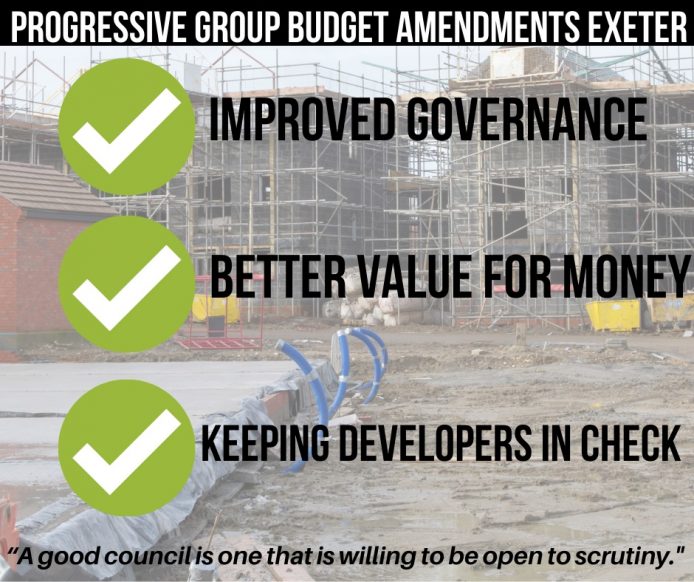 Cllr Kevin Mitchell, proposing one of the motions, said:

“The council is currently paying £43,000 for a temporary planning enforcement officer from an agency. This is poor value for money for local residents. Our proposal for a permanent officer will offer better value for money while acknowledging the importance of keeping developers in check. Without such an officer it is clear that Labour are unable, or worse unwilling, to enforce their own planning conditions.”

“Labour wouldn’t support a similar proposal the Progressive Group made two years ago. Now the planning team are short of planning officers and face a backlog of 160 enforcement complaints. Our fully costed proposal will provide a long-term solution.”

“With Labour’s programme of massive cuts of £7.65m and big plans for the future of Exeter, there has never been a more important time to hold the Council to account. There is confusion about where scrutiny should take place: the Executive, at Council or elsewhere, and other boards have been set up that meet in secret and seemingly fall outside the Council structures. One of the key roles of councillors is to hold the ruling Executive to account and a well-run council is only as good as its scrutiny process. This proposal is a good investment on behalf of the people of Exeter to ensure the good governance of the Council.”

“In the last 12 months the workload for scrutiny has increased but some of the staff support to make it happen has been removed. This means meetings have been cancelled and there’s a log jam in progressing issues that need to be looked at, such as the stalled food waste collection service, the final bill for St Sidwell’s Point, action on reducing carbon emissions and tackling Exeter’s dirty air.

"A good council is one that is willing to be open to scrutiny. A scrutiny officer will help improve governance and make the Council more accountable to Exeter’s residents.”

[1] Amendments to the proposed budget by the Progressive Group

That the Council employ a full time Planning Enforcement Officer Grade G in 2022/23. The total cost of this post including the market surcharge and on costs is £41,196.00.

The cost of this additional post be found by the Council introducing a charging regime for its Pre-Application Advice Service to developers.

Last year, the Council was involved in pre application advice regarding 26 ‘major developments’. Therefore, using the Plymouth scale, the income that Exeter could have raised last year would have been a minimum of £52,728.

Proposed by Cllr D. Moore Seconded by Cllr A. Sparling

That the Council employ a full time Scrutiny Programme Officer Grade H post in 2022/23. The total cost of this post including on-costs is £42,828.00.

The purpose is to support the Scrutiny Programme Board, the Scrutiny Committees, officers and Councillors to improve the efficiency and effectiveness of the Council’s scrutiny function and contribute towards the Council’s objective of being a well-run Council.